Accidental Deaths In The U.S. 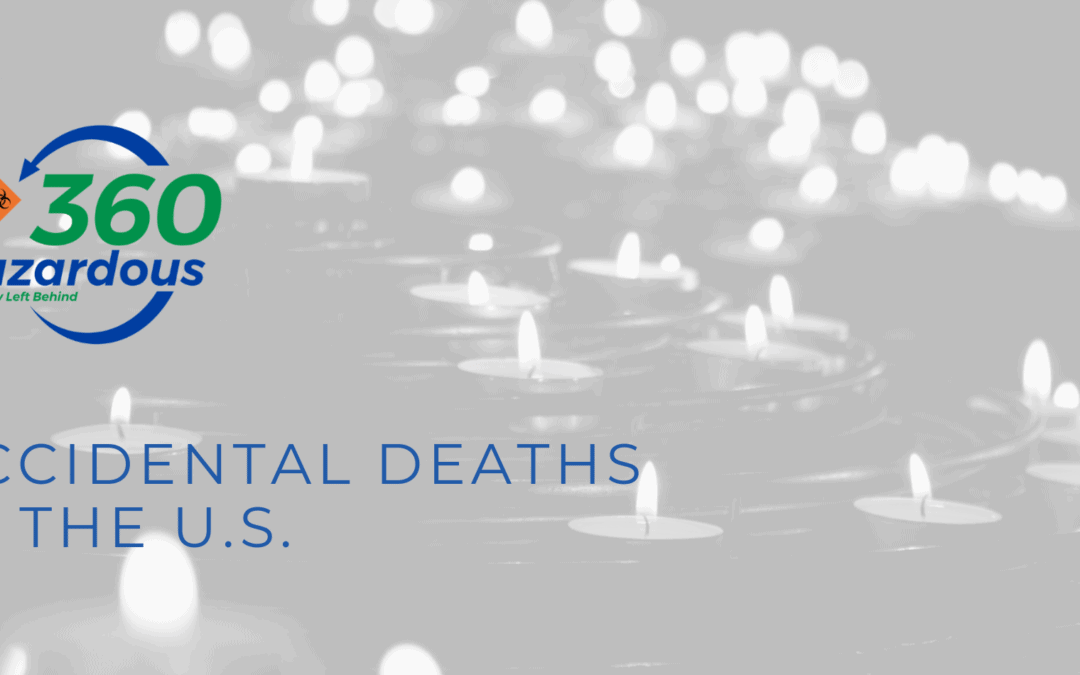 While death is an inevitability in life, what often isn’t is when and how. In fact, there are a striking number of deaths that are categorized as accidental. Many people will experience the feeling of loss of another in their family to an accident at some point in their lives, and it is important to be entirely aware of the kind of incidents that could result in this kind of loss.

When we think of causes of death, often our minds will wander towards one of the more common causes. In the U.S. the most frequent causes of death are; Heart Disease, Cancer, COPD, Strokes, Alzheimer’s Disease, Diabetes, Pneumonia, Kidney Disease, and Suicide. Interestingly, accidents sit amongst this list as the fourth highest cause of death, something which often can be surprising. However, it is important to note that accidents cover a wide range of different potential causes.

One of the biggest causes of accidental deaths in the U.S. is the result of accidents involving one, or more automobiles. In fact, over 26% of accidental deaths in the U.S, can be attributed to car accidents. Studies of annual death figures whereby car accidents are recorded as being the cause of the injuries which resulted in death typically find that between 35,000 and 40,000 lives are lost each year. Alarmingly, around 8,000 of those who lose their lives in accidents of this nature are teenagers and as many as 1,500 each year are children below the age of 15 who lose their lives as passengers.

It is incredibly common for incidents involving slips and falls to occur in the workplace, in particular in environments that are physically demanding and require manual handling. As a result, you’ll often find that slips and falls are covered in health and safety legislation, with advice on how best to reduce the chances of an incident like this occurring. As well as this, deaths caused by slips and falls can often be attributed to elderly, single households, where mobility of the individual is decreased. Sadly, these deaths can often go undiscovered for periods of time as they are considered unattended deaths.

Drowning is another example of a tragic, but common cause of accidental death across the U.S. Tragically, many victims of this cause of death are young children who entered the water with little to no adult supervision or those who did not anticipate the strength of the current in more natural bodies of water and as a result, struggle to keep themselves afloat.

When it comes to cause of death, we often overlook the seriousness of incidents involving faulty products, but it is actually one of the leading causes of accidental death in the U.S. Defective products come in all forms, shapes, and sizes and can include anything from incorrectly produced children’s toys to faulty medical equipment. Defective products can cause all kinds of injury, depending on the fault at hand, and in some cases, this can prove fatal.

Burns are an incredibly common injury, and often they can be minor and easily treated. However, in some circumstances, the burns can be so serious in nature that they result in accidental death. Chemical, fire and electrical burns can be fatal when a person is subjected to them for a prolonged length of time or are directly in contact with the subject.

Deaths caused by firearm accidents are particularly common in the U.S. when compared to other countries due to the nature of the gun laws. However, it does not make them any less tragic. While in many circumstances, death as a result of firearm use can be attributed to intentional shooting or suicide, there are still a small number of incidents whereby a person’s shooting is accidental, with approximately 500 deaths a year that can be attributed to this. Unintentional discharge incidents can be the result of anything from a mechanical failure to training issues.

In some accidental death situations, there may be a need for a team to execute a biohazard cleanup or biohazard remediation. Death cleanup isn’t always the most pleasant of scenarios, but often necessary. Biohazard cleanup is designed to restore the scene of the accident to its previous state and is commonly used in the event of situations where an accidental death results in a particularly messy and therefore, triggering aftermath. Examples of when a biohazard cleanup may be required include work incidents where a death was caused by a fault in the machinery or in a loss of control by the individual when using the equipment. Generally, the biohazard cleanup process involves a thorough clean down of the accident scene, sanitization,  deodorization, and restoration of the property.

Sadly in some cases of accidental deaths, the death can go undiscovered for some time. Unattended death cleanup is essential but often a more complex procedure. This is particularly common in incidents such as slips and falls that involve the elderly who live alone and may be unable to alert anyone as to the accident. Deaths of this nature are often referred to as unattended or undiscovered deaths and apply to accidental death whereby nobody else was present to prevent the incident or seek help for the affected.

A biohazard cleanup in this instance isn’t dissimilar in the process to as previously described however it is often considerably more extensive. This is because the length of time that elapses in which the death is discovered can be as little as a day or two, but can easily become weeks, months, and even in severe cases, years. As a result of this, decomposition will take hold, leading to a more extensively affected accident scene.

Unfortunately, while it is something we don’t like to think about after death cleaning services are an essential part of the process.

Accidental deaths are often incredibly complex in nature, often requiring the provision of a number of services to restore the accident scene, and ensure that the death is investigated thoroughly. You need a team of compassionate and professional experts to clean and restore your property.

Our goal at 360 Hazardous is to put the needs of the family first. We understand that every situation is unique and every family has different needs. In your time of need, 360 is the beginning of the healing process. Call us 24/7 to discuss your situation, and rely on our team of certified experts to walk you through the process. We are here for you.